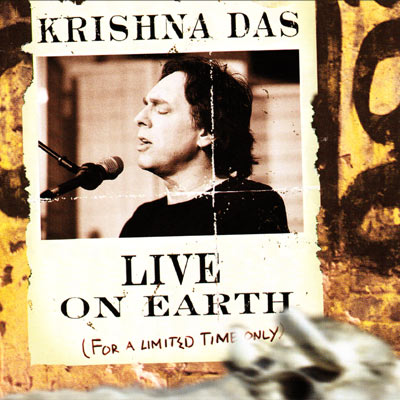 This is a chant of the two that are One. Radha is the beloved of Krishna, his main squeeze among the Gopis. They merge together on the full moon night as they dance in ecstasy. Shyam is a name of Krishna that refers to his dark color, like a dense thunder cloud. Jai means hail, victory or hallelujah! Gopala is Krishna’s name as the protector of cows, which are considered to be holy for their many nurturing qualities and Govinda means the keeper or lord of cows, the Big Cowboy in the Sky. In 1971, I was living in a dharamsala, a pilgrim guest house, in Brindavan. Everyday we would go to Maharaj-ji’s Temple on the Parikrama road to have his darshan. The dharamsala was on a street that led to the Banki Bihari Temple of Krishna, one of the oldest and most ecstatic of the many temples in Brindavan. I had a room with a window on the street. Early every morning a blind sadhu would make his way down the street to the temple for darshan of the living Murti of Krishna playing the flute. The flute of Krishna is the divine body in all of us through which the eternal sound flows, pulling us in to ourselves where we can play our part in the Lila, God’s play, and merge with the Love of the Love of the Love. As the sadhu made his way down the street he would play the shakers and sing this song. What an alarm clock! From that dusty street to this CD. Life is amazing!